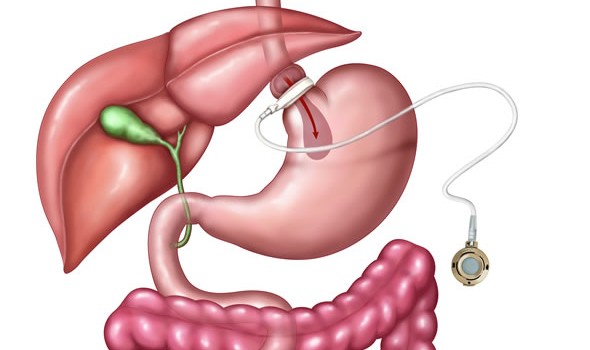 Gastric Banding (Lap-Band) in Mexico, was once a popular weight loss surgery option but has fallen to be rarely performed in both the United States and Mexico. Reading this article on gastric banding will help educate individuals on undergoing gastric banding in Mexico. If you want more information please contact our helpful staff by filling out the form to the right.

How Does Gastric Banding Works

The reduction of the stomach’s capacity, forces patients will consume less food because they will feel fuller faster. The reduced capacity will also force patients to consume small amounts of food several times a day. This will limit daily caloric intake, thus inducing weight loss. Individual results may vary depending on their body mass index (bmi).

Unlike other surgeries, like gastric sleeve surgery, gastric banding will require a strict modification in a patient’s dietary habits. Patients will be required to change what they eat, how they eat and when they eat.

We are skilled at performing gastric banding surgery in Mexico. Our weight loss surgeons can perform weight-loss surgeries in several cities in Mexico, contact our helpful patient-care coordinators today.

There are four types of gastric bands available: the Lap-band, Easyband, Midband and Swedish Band. The Lap-Band is the most common type of band for this procedure. It is placed in the upper part of the stomach and requires adjusting every 2-4 weeks as they begin losing weight, or if they are not losing enough weight. It is adjusted with a needle being inserted into a port under the skin, which allows saline to inject inside to loosen or tighten the band.

How is Gastric Banding Performed?

The gastric banding procedure is performed under general anesthesia so that the patient is completely asleep during the procedure. A small camera, called a laparoscope, is used during the procedure to help the bariatric surgeon see inside your abdomen. A few small incisions are made in the abdomen for the camera and instruments.

The band is placed in the upper portion of the stomach to create a pouch with a narrow opening. No cutting is done inside the belly, which makes this a minimally invasive procedure. It takes approximately one hour for the bariatric procedure. If you are at risk for gallstones, you may need to have them removed prior to the surgical procedure, since this procedure increases the risk for gallstones.

For the first two weeks after surgery, you are put on a liquid diet. This can be beverages or food that has been liquefied. Soft foods are added in about week three or four, gradually increasing to other foods.

Once you begin eating solid foods, you will notice how quickly you become full. In the beginning, the pouch only holds about a tablespoon of food at a time. Over time, the size of the pouch extends so that eventually it holds a cup of food, while without the band, your stomach holds four cups of food.

Expect to lose weight rapidly within the first 3-6 months, and slightly slower after that. It is important that you chew slowly and do not swallow food unless it is completely chewed and smooth. It should take you at least 20 minutes to eat each meal. If you feel nauseated after eating, you have eaten too fast.

Aim for six smaller meals throughout the day, without snacks in between. Stop eating immediately when you feel full. The band may need to be adjusted if you are having problems eating, vomiting frequently after eating or you are not losing the amount of weight you should be.

According to the U.S. National Library of Medicine National Institutes of Health, there are some possible risks following the gastric banding procedure. The risks associated with the banding procedure include possible heartburn or stomach ulcers, scarring inside your abdomen, poor nutrition, a possibility of infection and needing minor surgery during adjustments if the doctor can’t reach the port.

It is important to note these do not happen to every patient but should be noted. There are also general risks of anesthesia and surgery, like breathing problems, allergic reactions to prescribed medications, blood clots or blood loss.

It’s important to understand the process of Gastric banding before committing to the surgery and the lifestyle change.

What does Gastric Banding entail?

A gastric band is an adjustable band that is placed on top of the stomach that is designed to make the patient feel full from a small amount of food, which makes it easier to lose weight.

The band may be removed laparoscopically if needed.

Will I qualify for gastric banding surgery?

According to Sinai Hospital, gastric banding may be good for you if you are at least 18 years old, have a BMI over 40 or at least 35 with an obesity-related condition, have made several attempts to lose weight, do not smoke or drink in excess and do not have a disease that may have caused obesity.

Who is Gastric Banding Surgery not recommended for?

Those with an inflammatory disease, Crohn’s Disease, ulcers, severe heart or lung disease, portal hypertension, cirrhosis, are pregnant, who drink, smoke or use drugs in excess, who are under 18 years old or who have an autoimmune disease or family history of it are not good candidates for gastric banding.

What are some risks and complications associated with this surgery?

Will my insurance cover my Gastric banding surgery?

Typically insurance will cover all or a portion of surgery if the patient is severely overweight or has an obesity-related medical condition that can be improved with Mexico bariatric surgery.

What tests are done before Gastric Banding?

According to the National Institutes of Health, blood tests, a gallbladder ultrasound, complete blood count, sleep study, EKG, stress test and other tests may be required before gastric banding surgery.

How long will I be in the hospital following surgery?

According to North Shore University Health, patients will be in the hospital for up to 24 hours following surgery.

How much weight can I plan to lose?

About one-third to one-half of a patient’s excess weight can be expected in terms of weight loss, according to National Institutes of Health.

What kind of follow-up can I expect with Gastric Banding surgery?

Patients follow up a few days after leaving the hospital then every 4-6 weeks for a year after surgery.

How is my band adjusted? Is it painful?

Northshore University Health reports that adjustments happen in the x-ray department. This is because the access port is clearly seen there.

Other times, they may need to occur in the office or outpatient. Local anesthesia may or may not be required. A fine need will pass through the skin to the port and the process generally takes a few minutes.

What will my diet be after Gastric Banding?

Patients will be on liquids or pureed foods for up to three weeks following surgery. They will then slowly add soft foods to the diet and then solid foods. The process generally takes about six weeks.

What vitamins will I need to take following surgery?

Can I take my regular medicine after surgery?

A doctor can review your medications or determine if they are safe to take.